At the end of March 2011 we planted 9 trees on the perimeter of the field behind St Chad’s Parish Centre (to join the self-seeded plum that is already there): 2 pears (Williams Bon Cretien and Conference), a Victoria plum; 3 dessert apple varieties (Egremont Russet; Claygate Permain and Ashmeads Kernel) and 3 cooking apples (Lane’s Prince Albert; Newton Wonder; and Bramleys Seedling). 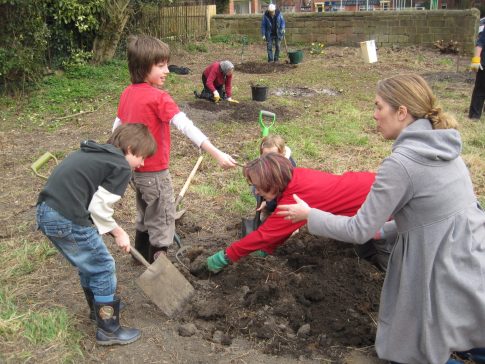 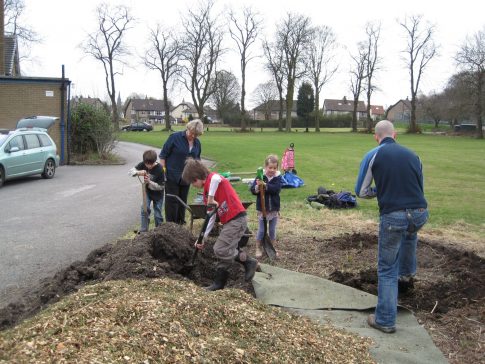 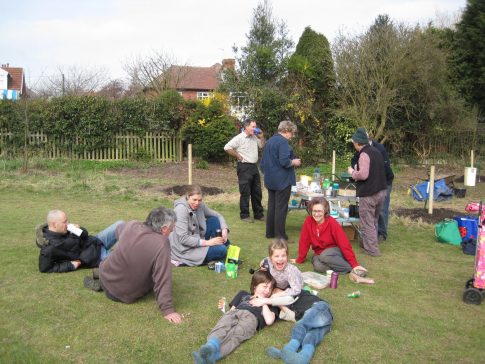 All in all, the trees have fared well. One tree lost  the top of its leading stem – we think it was used as a goalpost – but continues to thrive and one of the pear trees, laden with fruit,  blew over in the gales of 2016. We managed to winch it back up – with some effort – and it has stayed reasonably upright since then. Similarly, in 2018 our victoria plum was so overladen that a large branch broke under the weight. 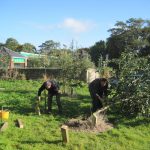 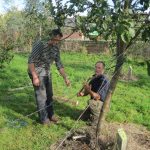 The trees started to bear fruit from the autumn of 2014 and by 2016 there was real evidence of the ‘fruits of our labour’. Unlike the fruit on the neighbouring war memorial site, it’s rare that anyone comes and strips the fruit off the trees before it is ripe. 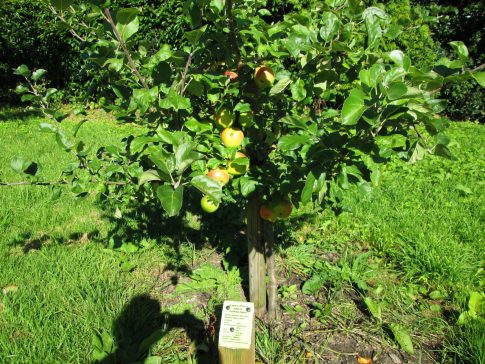 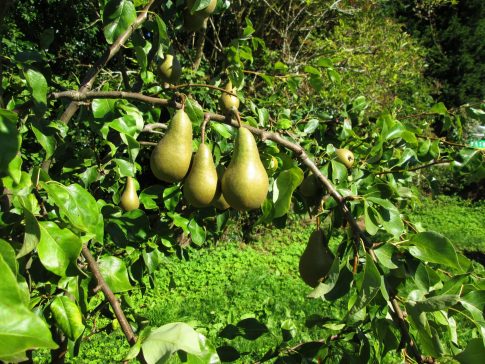 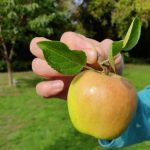 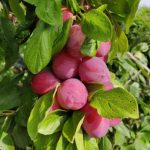 This orchard is behind the Parish centre at St Chad’s. The map shows the location of this and the war memorial site nearby. 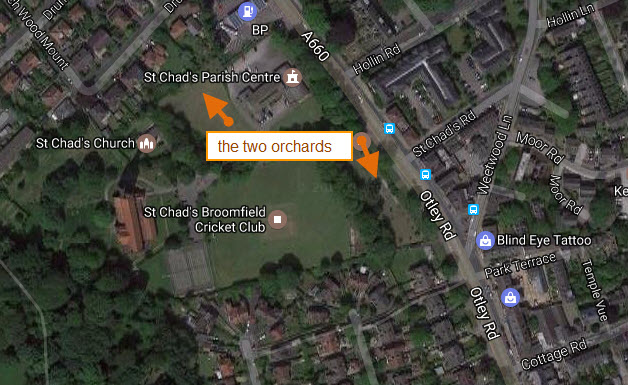 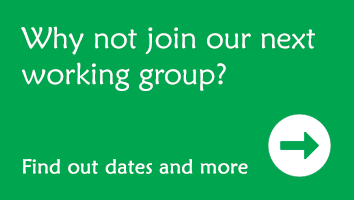 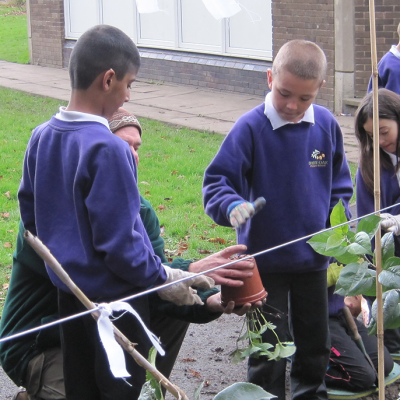 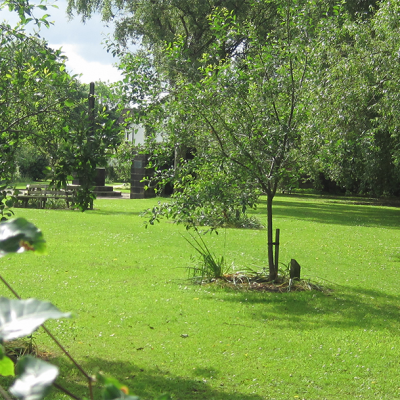 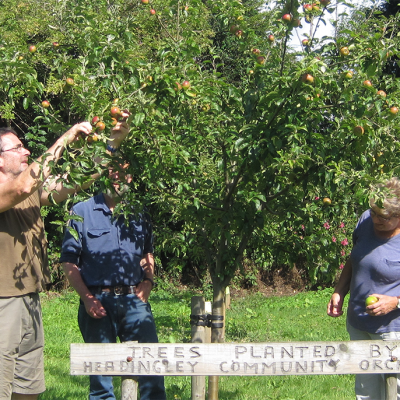 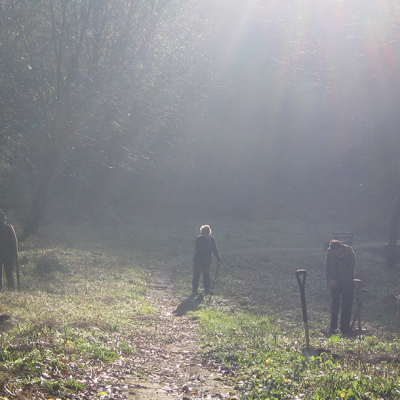